Around 1661 Rembrandt was commissioned to paint a group portrait of the syndics or inspectors of the Clothmakers’ Guild. The five-man board met in a building known as the Staalhof. Rembrandt completed the group portrait in 1662. The painting was hung in the Staalhof in a room with several other group portraits, all of them, however, dating from the sixteenth century. The board was appointed on Good Friday every year. The bare-headed man in the background is the guild’s servant. 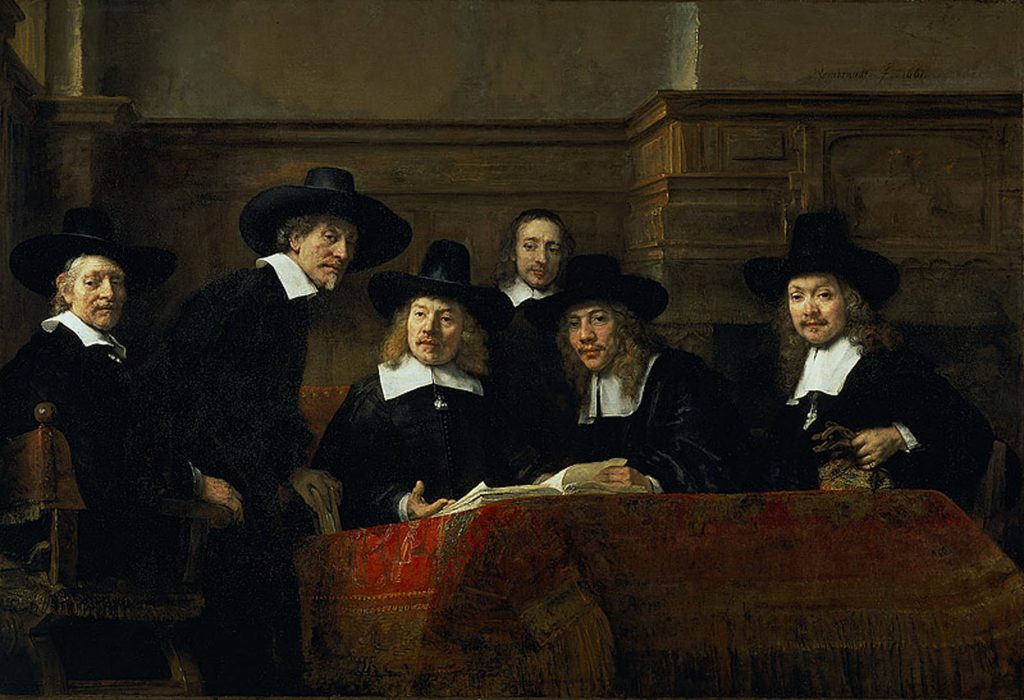 X-rays have revealed that Rembrandt made all sorts of changes to the composition. The man standing second from the left, for example, was originally on the far left. A preliminary drawing of this standing figure has survived. He was most probably Volckert Jansz., a Mennonite cloth merchant who, like Rembrandt, had amassed a large collection of objets d’art, natural history specimens and rarities. It is interesting to note that Rembrandt was receiving important commissions only a few years after his bankruptcy. He was certainly not short of work. During this period he was also working on a major painting for Amsterdam town hall.