Cocky, creative, curious, enterprising and self-assured, these are the character traits that sum up Rembrandt the man. Amsterdam shared these characteristics in the seventeenth century, and does to this day. Getting to know Rembrandt, his house, his life and his work means getting to know the city that was then the centre of the world. The Rembrandt House Museum expresses this feeling to today’s residents of the city and to its visitors.

Rembrandt achieved his first successes as an independent artist in his birthplace, Leiden, where he was discovered by Constantijn Huygens (1596-1687), the great poet, diplomat and scholar and the very influential secretary to two princes of Orange. From 1631, as an ambitious twenty-five-year-old, he went to conquer the world in Amsterdam, at that time the cultural centre of the globe. The city boasted a population of 125,000, against the university town of Leiden’s 30,000. Amsterdam’s booming economy had made many of its citizens rich and they had an extraordinary appetite for paintings and other works of art. Millions of paintings must have been made, bought and sold at that time. They ranged from paintings sold at fairs to the jewels that today grace the walls of the best museums. Rembrandt’s works belong in this second category. The huge output of paintings in the seventeenth century reflected the character of the city with its flourishing international trade, wealth, innovative commercial activity and unprecedented cultural boom. Rembrandt was in his element there. 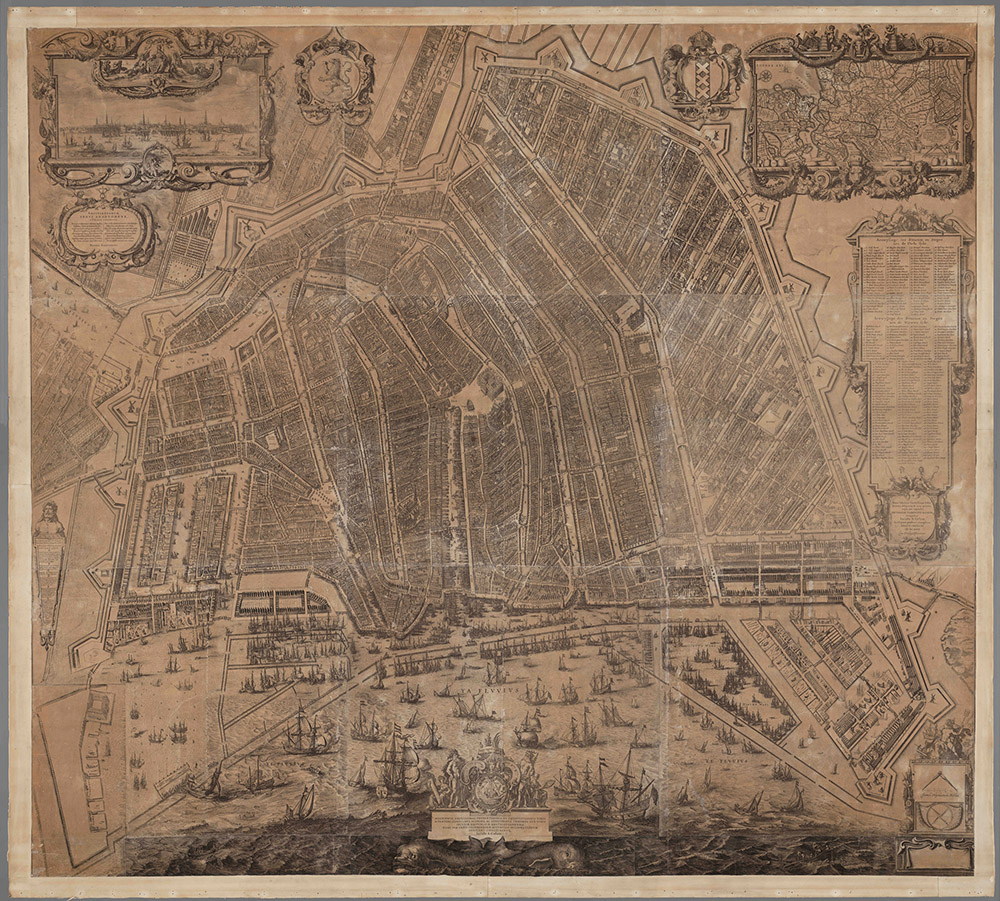