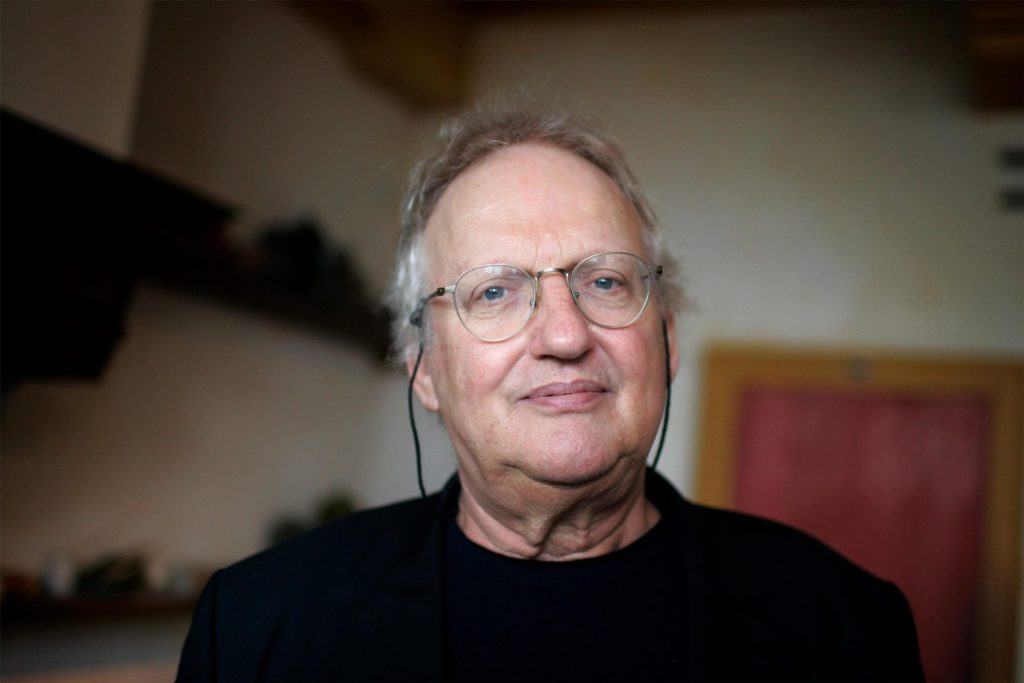 On 11 August of this year Ernst van de Wetering, former Head of the Rembrandt Research Project (RRP) and Professor Emeritus of Art History of the Early Modern Period at the University of Amsterdam (UvA), passed away. As the world’s foremost Rembrandt connoisseur, Ernst van de Wetering was of great significance to the Rembrandt House Museum. Years of intensive collaboration between him and the museum led to high profile exhibitions, that brought the museum onto the international stage. And his research into Rembrandt’s working methods and studio practice contributed to the installation and the educational activities of the museum as a seventeenth-century artist’s house. 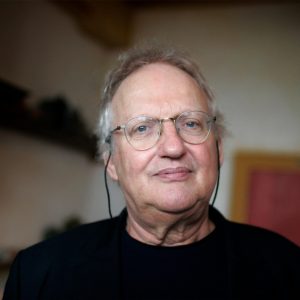 Photo: ANP / Juan Vrijdag, In the large painting studio (groote schildercaemer) of the Rembrandt House at the opening of Rembrandt: The Quest of a Genius, 30 March 2006

In the research that he conducted over decades on the painted oeuvre of Rembrandt, insight into seventeenth-century working practice played a central role. In the Rembrandt House he thus felt at home. After all, one cannot get any closer to the artist. After Ernst had assumed leadership of the Rembrandt Research Project – of which he had been a part since its founding in 1968 – he encountered the Rembrandt House on his path. In 1995 he took a place on its board, in a period during which the museum was to undergo a fundamental change. A new museum wing beside the historic house would finally offer space for changing exhibitions of considerable size. This expansion, which opened in 1998, also made it possible to return the former house to its seventeenth-century state, to give an impression of how Rembrandt lived and worked in the house. Ernst was intimately involved in the development of plans for the installation of both of the painting studios.

Under the inspiring leadership of then-curator Bob van den Boogert, and under the oversight of director Ed de Heer, plans were made with Ernst for Rembrandt exhibitions of international calibre with important loans. The first exhibition of an intended trio became The Mystery of the Young Rembrandt, over the early years of Rembrandt’s artistic career. This was organized in 2001-2002 in collaboration with the Gemäldegalerie Schloss Wilhelmshöhe in Kassel. In the Rembrandt anniversary year 2006 there followed Rembrandt: The Quest of a Genius in collaboration with the Gemäldegalerie Berlin, on Rembrandt’s artistic crisis and renewal after the completion of the Night Watch. The third part, that would cover the final years of Rembrandt’s oeuvre, was never realized – partly owing to internal problems that affected the Rembrandt House in 2008 and 2009, about which Ernst was very critical.

In studying Rembrandt’s paintings, Ernst steadfastly referred to the drawn and etched oeuvre of the artist. His fascination for prints resulted in the 2009-2010 exhibition Rembrandt gespiegeld (Rembrandt Reflected), based on an idea of his. Original impressions of etchings by Rembrandt from the museum’s collection were displayed next to reproductions in mirror image. The result was a surprising insight into the compositions that Rembrandt had conceived when he was drawing them on the etching plates. Due to the printing process, however, these images have come down to us in mirror image. This exhibition generated a new understanding of the artistic intentions that Rembrandt had when he made his etchings. In an introductory film Ernst enthusiastically related how these new observations give us a glimpse into the mind of the master.

Besides these thematic exhibitions, in which the visitor (in some cases also with Ernst’s voice in their ears through the audiotour) was taken along in new insights over Rembrandt as an artist, important small presentations took place. Ernst’s research into the stylistic, technical and material aspects of the work of Rembrandt brough spectacular discoveries to light and led to new attributions. These were often the result of study of paintings with technical and scientific research methods. The application of such techniques were very present for Ernst in his approach to art historical research. Between 2003 (the discovery of an early self-portrait that had been overpainted) and 2011 (the discovery of a tronie of an old man painted by Rembrandt), various new finds were presented in the Rembrandt House. Such events attracted international press coverage and drew visitors to the museum. 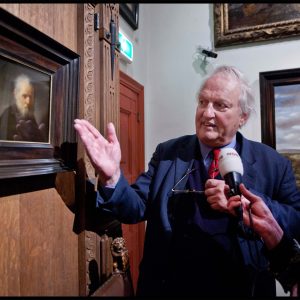 Foto ANP / Marco Okhuizen, in Rembrandt’s Salon, at the presentation of the Tronie of an Old Man, 2011

Ernst had a special talent for captivating his audience. This is what drew me to Amsterdam in 1996 to come and study with him at the UvA. Ernst’s lectures were inspiring experiences that gave one the feeling of attending a special event. He let his listeners look, as it were, over his shoulder, by bringing them with detail images ever closer to the brush strokes. Also in the Rembrandt House Ernst shared his insights with visitors and staff. The palpable excitement turned every lecture into  a memorable occasion. The knowledge that Ernst shared with us on Rembrandt’s painting technique, studio practice, function of art works or ideas on art has been decisive for the ways in which curatorial and educational staff members have carried out their activities. We look back in gratitude on these moments and treasure the extensive knowledge that Ernst left us in his publications. 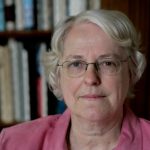 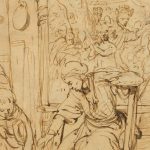 A Drawn Studio Scene by Cornelis Bisschop, instead of Jan Lievens