No one can manage without a social network nowadays, but in the seventeenth century it was absolutely essential. If you wanted to start a business, borrow money or needed care in Rembrandt’s day, you turned to your friends and relatives. Financial services and care institutions were still in their infancy, so your social network was crucial for survival. The concept of friendship was key. It was all about trust and the principle that friends would not cheat you, something you always had to guard against with strangers.

Your social network consisted of friends, a concept used more broadly then than the way we interpret it now. Someone we call a business connection would have been described as a friend in the seventeenth century. Family members were also referred to as friends—‘blood friends’. For most people, the family was the most important group in their social network. And then there were ‘true friends’. This description was reserved for people whom we would now call our friends. People with whom we share interests and whose company we enjoy. This type of friendship also existed in the seventeenth century.

In the exhibition Rembrandt’s Social Network we look at Rembrandt’s social network—in other words, his ‘friends’. We have divided them into five categories: early friends, blood friends, artist friends, connoisseurs and friends in times of need.

What have we found out? Rembrandt was not a great networker. While he made a dynamic start and his career initially took off like a rocket, he appears to have gone downhill after the death of his wife Saskia and the completion of the magnificent Night Watch in 1642. Rembrandt was then thirty-six. He had fewer contacts with relatives, for a long time he did not accept commissions for portraits and he no longer courted the Amsterdam elite. According to his biographer, Houbraken, in later life Rembrandt sought the company primarily of people ‘such as practised art’, in other words artists. It also emerges that he had very frequent dealings with connoisseurs and collectors. They lent him money and acted as witnesses during transactions at notaries. In exchange for these favours, Rembrandt sometimes gave them paintings and prints.

Rembrandt’s most faithful friend, Abraham Francen, whom he trusted enough to make him guardian of his daughter, Cornelia, was also a fanatical art collector. Rembrandt, as we see, primarily chose friends with whom he could share his greatest passion—art. It is fascinating to see that even a great artist like Rembrandt did not work alone. He was not a solitary genius labouring on his own. His friends supported him commercially, financially and artistically. His nearest and dearest, moreover, inspired him to create a group of dazzling works of art in which he portrayed them quite informally. In short, without his social network Rembrandt would never been able to create such an impressive oeuvre.

What kind of friend was Rembrandt? Rembrandt had a reputation for being tight-fisted and headstrong.2 And it has to be said that when it came to paying off loans, he was indeed not very generous.3 Yet if we view the strikingly informal paintings that he made of friends and relatives, we can see that they are very relaxed in his company. They lean back, resting on one arm, talk to him or look cheerfully at him. It seems that Rembrandt would not have been such a bad friend to have. 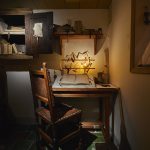