Is there any view more impressive than that of a city’s skyline? Here, Rembrandt has drawn Amsterdam from the north-east, sitting of the Kadijk and looking over the meadows and the IJ with its ships and boats. The silhouette of the city is carefully drawn, though it is naturally reversed by the printing process.

From left to right we see the Haringpakkerstoren, the Oude Kerk, the Montelbaanstoren, the warehouses of the Dutch East India Company, the windmill on the Rijzenhoofd, the Zuiderkerk, and the windmills along the eastern walls of the city as far as the Blauwbrug. Because of the low viewpoint the darkly detailed foreground becomes more prominent in the scene and the skyline of the city stands in sharp contrast to the horizon. 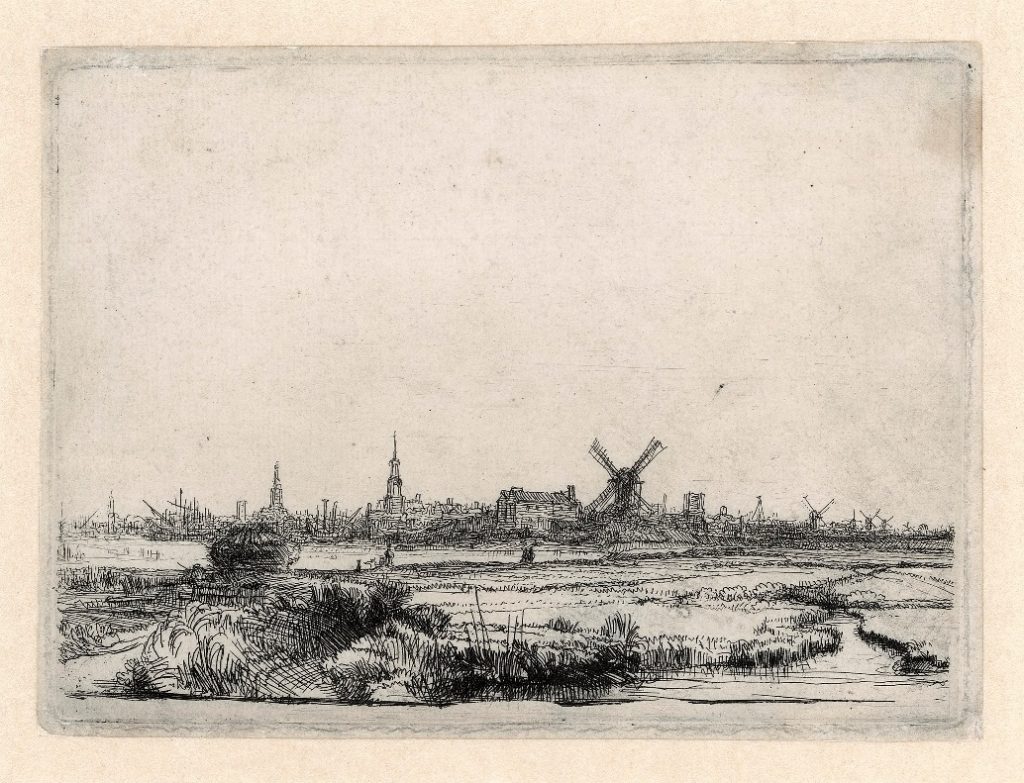 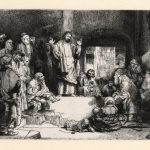 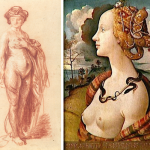