In ‘Rembrandt Curated’ we combine an artwork by Rembrandt with a work by another artist. The two works evoke associations with one another, whether it is the theme, composition, color scheme, or just a feeling. The ‘Rembrandt Curated’ of this week: Rembrandt, The Return of the Prodigal Son, c. 1668 (The State Hermitage Museum, St. Petersburg) and Bartolomé Esteban Murillo, The Return of the Prodigal Son, c. 1667-1670 (National Gallery of Art, Washington, Washington). 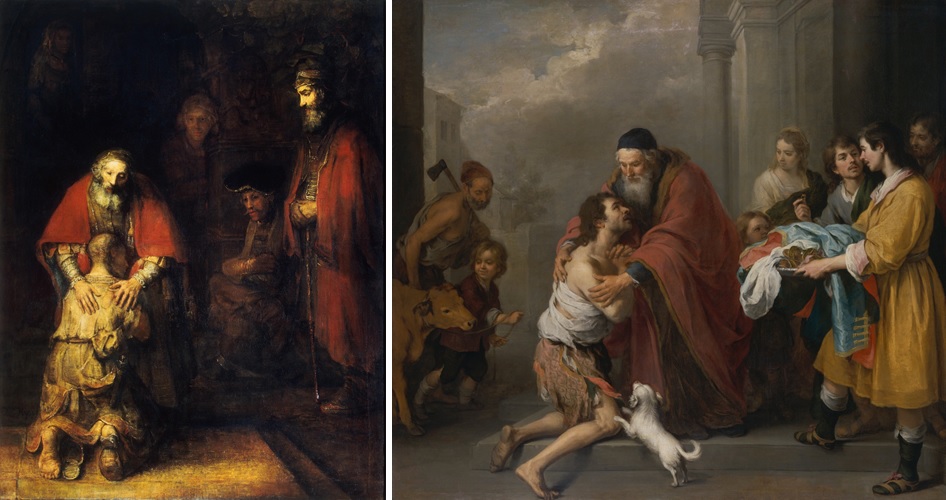 In the Gospel according to Like, Christ relates the story of the prodigal son, a parable for listeners to learn a valuable lesson. A son asks his father for his inheritance and leaves the parental home, only to fritter away all his wealth. Poor and sick he returns to his father’s house. Despite the fact that his son has lost all of his money, the old man welcomes him with open arms. What we can take away from this parable is that God, just like the old man in the parable, forgives all those who repent. The lesson to learn is that everyone should strive to this love, goodness and compassion within.

Here we see two depictions of this story, on the left Rembrandt’s painting from c. 1668, on the right the painted version by the Spanish artist Bartolomé Esteban Murillo from c. 1667-70. Both paintings were executed around the same time, but show the story in different ways. In Rembrant’s work our full attention is drawn to the father and son. Whilst the other figures are obscured in the shadow, the father and son are immersed in light. We also see that the other figures are all turned towards them. In Murillo’s painting the father and son are perfectly centered in the composition, but we see a lot more action and interaction in the rest of the painting. The light in this painting is divided far more equally, and together with the view of the classical architecture in the background, our attention is drawn towards several different elements in this work.

Both painters have depicted the emotions in their painting quite differently. Murillo has turned the father and son so that we can see the empathic look on the father’s face and the begging eyes of the son, who looks up at his father with his hands clenched. Rembrandt has obscured the son’s face, we can only see the forgiving expression of the father. This painting is calm, subtle and intimate. But even without the expression of strong emotions, Rembrandt knows how to move the viewer. When we look at the feet of the son, we see a detail that exudes a lot of emotion: the worn out left shoe of the son has fallen of his foot, probably when he feel to his knees before his father. 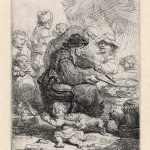 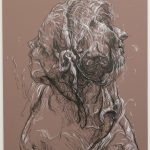