These two paintings might seem quite different at first sight: in Rembrandt’s self-portrait we see just one figure, whereas Van Eyck shows us a couple. The latter painting also has some deep, vibrant colours, whilst Rembrandt sticks mainly to a dark palette. Nonetheless, these two pictures have a lot of interesting and fun similarities.

First of all, we see the figures in full length. In Rembrandt’s case this is very unique, as it is his only self-portrait where we see him standing up. X-rays of the panel have shown that Rembrandt, unhappy with the position of his legs, shortened them and later hid them completely behind the dog. 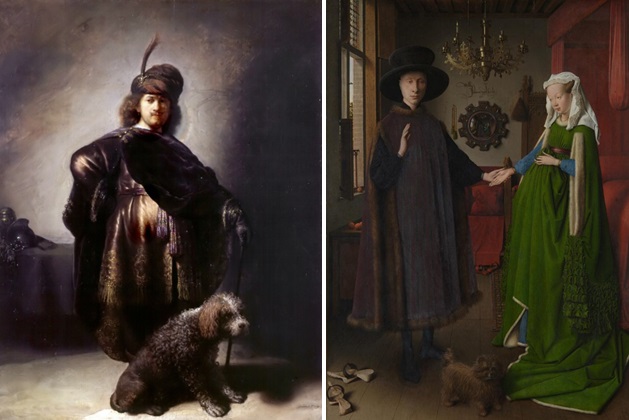 Which brings us to another fun similarity between the two paintings: although the figures are the stars in both pictures, our eyes can’t help but wonder to the little dog in the foreground of both artworks. We must admit though, Rembrandt’s dog looks a bit less sophisticated than the fluffy puppy in Van Eyck’s painting. In the Middle Ages a dog usually symbolized faithfulness, devotion or loyalty. The dog could also be simply a lap dog, a gift from the husband to his wife.

We also see the attention both artists had for the rendering of materials in these paintings. You can almost feel how soft the fur linings on the men’s coats are for instance. Both artists have also beautifully captured the reflection of light on the shimmering surfaces in the paintings, making the gold details really stand out.

What do you think about these two artworks? Do they form a good pair? We would love to hear what you think! 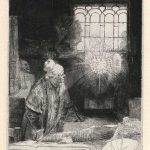 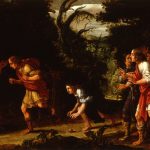