In ‘Rembrandt Curated’ we combine an artwork by Rembrandt with a work by another artist. The two works evoke associations with one another, whether it is the theme, composition, color scheme, or just a feeling. The ‘Rembrandt Curated’ of this week: Rembrandt, An Elephant, 1637 (Albertina, Vienna) and Gian Lorenzo Bernini, The Obelisk of the Minerva, 1667 (Piazza della Minerva, Rome). With overseas travel and trade booming in the seventeenth century, we see that artists more often incorporate exotic elements and motifs in their work. The elephant for instance, was not an animal found in Europe originally, but we see this animal making an appearance in the work of seventeenth-century masters like Rembrandt and Bernini.

Rembrandt made four known black chalk drawings of Indian elephants. On the left we see one of these drawings, probably a representation of the elephant called ‘Hansken’. This elephant arrived in Amsterdam in 1633 on a ship from Ceylon (now Sri Lanka) as a gift for the Prince of Orange. The animal was eventually sold to a private owner who taught the animal thirty-six tricks. From then on ‘Hansken’ travelled through Europe as a kind of circus animal, performing her tricks. She eventually died in Florence in 1654. Rembrandt must have seen the elephant when she was in Amsterdam before the shipping to Germany and Denmark in 1637. This drawing is quite extraordinary in Rembrandt’s body of work. The artist not often used charcoal for his drawings. He employed it to strengthen the effect of darkness in the shadow.

We see another representation of an elephant thirty years later in Italy: the famous Obelisk of Minerva by the sculptor Bernini features an elephant carrying the obelisk on its back. Although Bernini probably left the execution of the elephant to his assistant Ercole Ferrata, he made the design for the animal himself. Various preparatory drawings done by Bernini exist, like the study we see here below. Bernini made some changes in the eventual design, making the elephant’s face seem more friendly. The obelisk can be found on the Piazza della Minerva, a little square near the Pantheon in Rome. In 2016 the tip of the elephant’s left trunk was broken off by vandals, and found by the Roman authorities nearby. The statue was later restored. 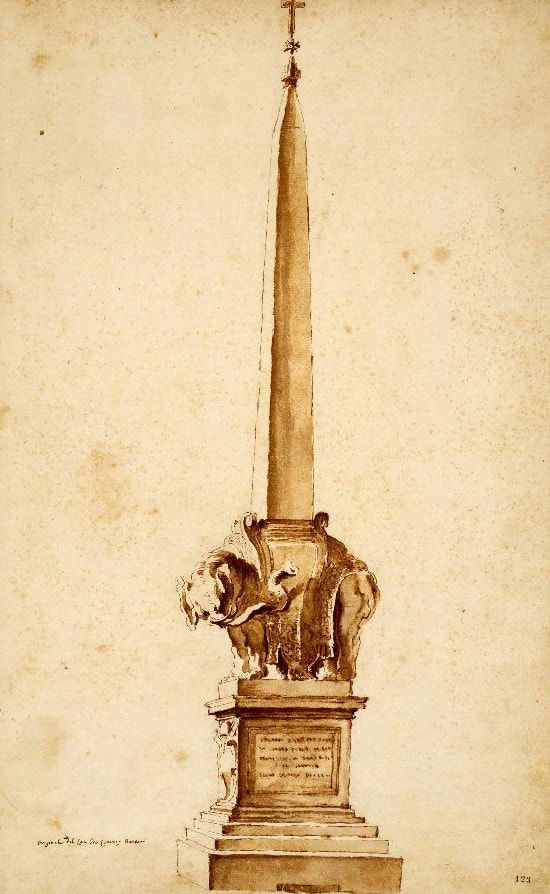 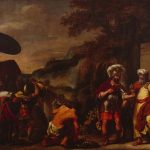 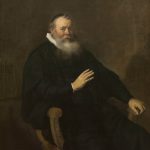