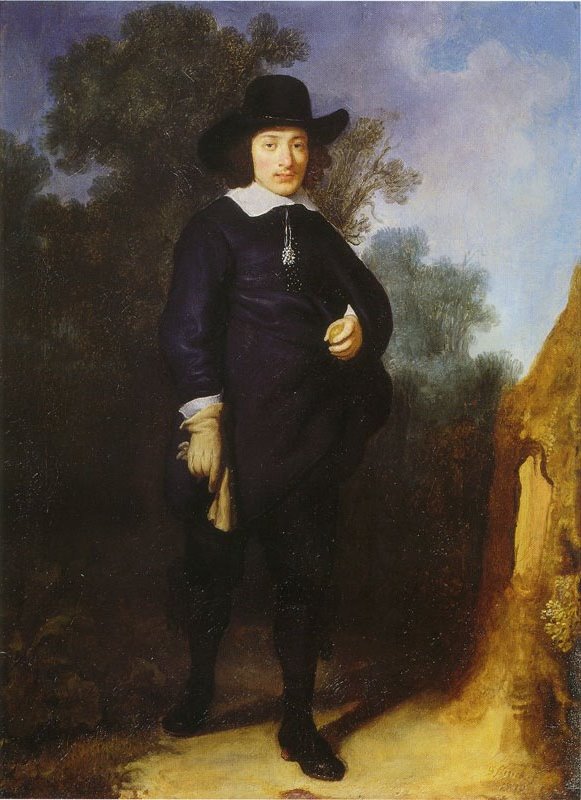 We know the name of the man in this full-length portrait. He is Dirck Jacobszoon Leeuw, son of a distinguished family of merchants. Dirck Leeuw was a nephew of the man who painted him, Govert Flinck. They were not only related, they were also fellow believers and members of the Mennonite community in Amsterdam. This is one of the earliest paintings by Flinck we know of. It was painted soon after he finished his apprenticeship with Rembrandt. Rembrandt liked to put movement in his portraits and it seems that Flinck tried for the same effect here. Dirck Leeuw is portrayed walking in a landscape setting. He steps forward with his left leg, while the heel of his right foot is raised. He has just picked a fruit, which he holds in his left hand. He has taken off one of his gloves, so it is as if a fleeting moment has been captured here. 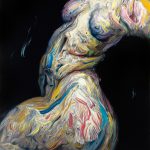 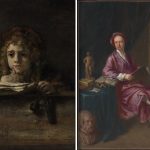