This week we would like to share an artwork from our current exhibition Under the Spell of Hercules Segers: Rembrandt and the Moderns – Max Ernst, Vue de ma fenêtre (View from my Window), 1960.

Seventeenth-century artist Hercules Segers left a mark on the work of many artists, amongst which on modern artist Max Ernst. Segers’s influence seems to be perceptible in Ernst’s surrealist landscapes.

The parallels between Segers and Ernst were first remarked upon in 1960 by the art historian Heinz Spielmann. He described how Ernst ‘found’ an image by means of his technique, an approach he thought he also recognized in Segers’s work, as if the surfaces of the landscapes had printed themselves and left their material traces on a piece of paper. Ernst transformed some of his paintings into etchings – for instance his View from my window – where he made seemingly chance landscapes with enormous technical precision. 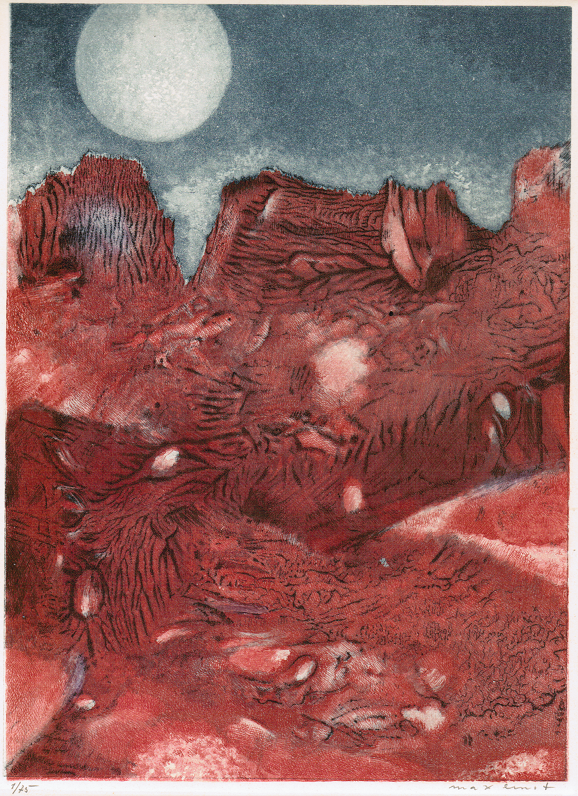 The German artist Max Ernst  (1891-1976) was one of the leading pioneers of Automatism and Surrealism. In 1919 he and a number of other artists in Cologne formed a group within the Dada movement. In 1922 Ernst moved to Paris, where he was a trailblazer for Surrealism. After self-imposed exile in the United States during the Second World War, he returned to France in 1953. He died in Paris in 1976. Max Ernst was more than a painter – he was also a sculptor, printmaker and poet.

With the exhibition Under the Spell of Hercules Segers: Rembrandt and the Moderns The Rembrandt House Museum focuses on Segers’s influence on Rembrandt and artists in his circle. The exhibition also highlights the role Segers played in the development of modern and contemporary graphic artists, such as Nicolas de Staël and Robert Zandvliet. The exhibition is on view until January 8th 2017. Click here for more information. 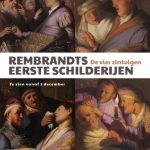 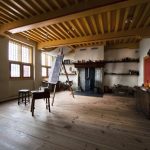