Here we see a scene from the Old Testament of the Bible: the sacrifice of Abraham. To test Abraham, the Lord commanded him to sacrifice his son Isaac. At the last moment, an angel stayed his hand. The angel points to Isaac with his left hand and towards heaven with his right, making it clear that it is God’s hand saving Isaac. On the foreground of the painting we can see the clothing of Isaac, a turban and the sheath of the sword. In the thicket on the left we see the ram that is to be sacrificed instead of Isaac, evidently well aware of his grim faith.

The scene is painted in shades of grey. This type of painting is known as a ‘grisaille’. Rembrandt, who studied under Pieter Lastman in Amsterdam for six months, also painted this story several times. Lastman had a considerable influence, both on Rembrandt’s work and on that of other painters. 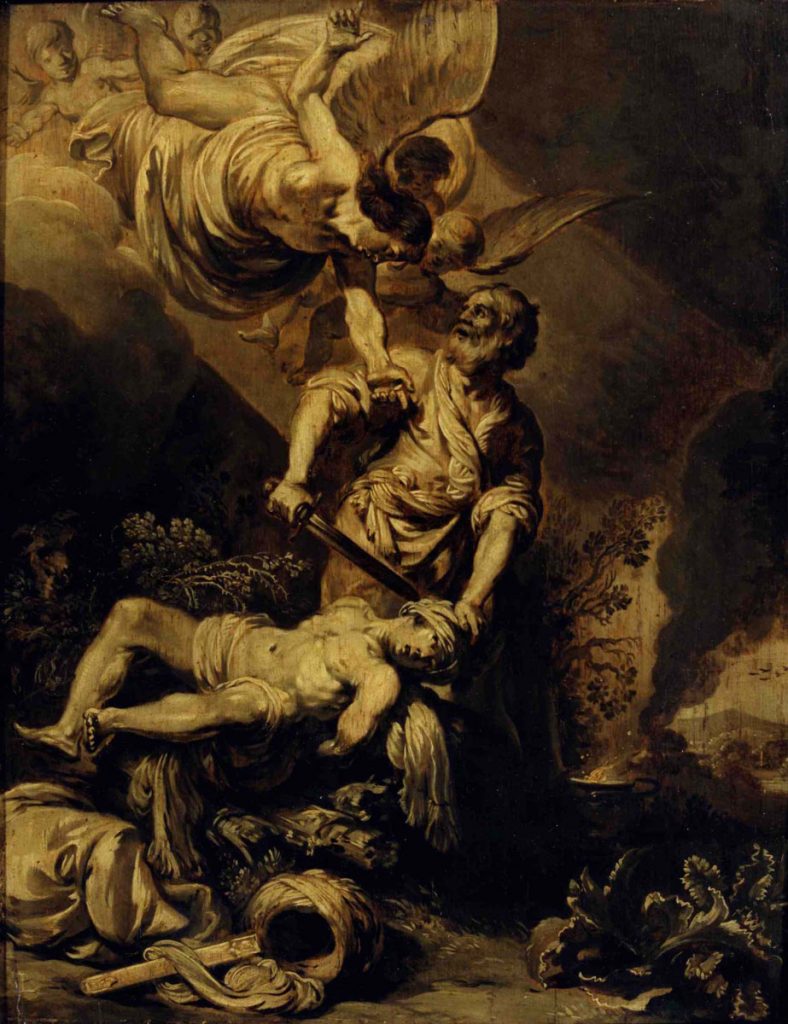 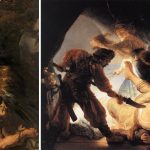 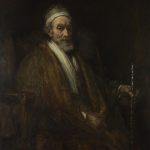