This painting by Jan Pynas is possibly based on a theatre play that was published in 1603 in Alkmaar. We see the Greek doctor Hippocrates, who lived around 400 B.C., dressed in red. He was summoned by the people of Abdera in Tracia, to cure their counselor Democritus. Democritus had retired into a valley and was laughing incessantly, which had the people of Abdera worried that he might have lost his mind.

On the left on this painting we see Democritus sitting next to a pile of dead animals, amongst which a carved up sheep. He is apparently studying the intestines of the dead animals; apart from being a philosopher, Democritus also studied nature. After his visit Hippocrates is convinced that Democritus has not lost his mind, on the contrary: the philosopher was laughing at the foolishness of mankind. 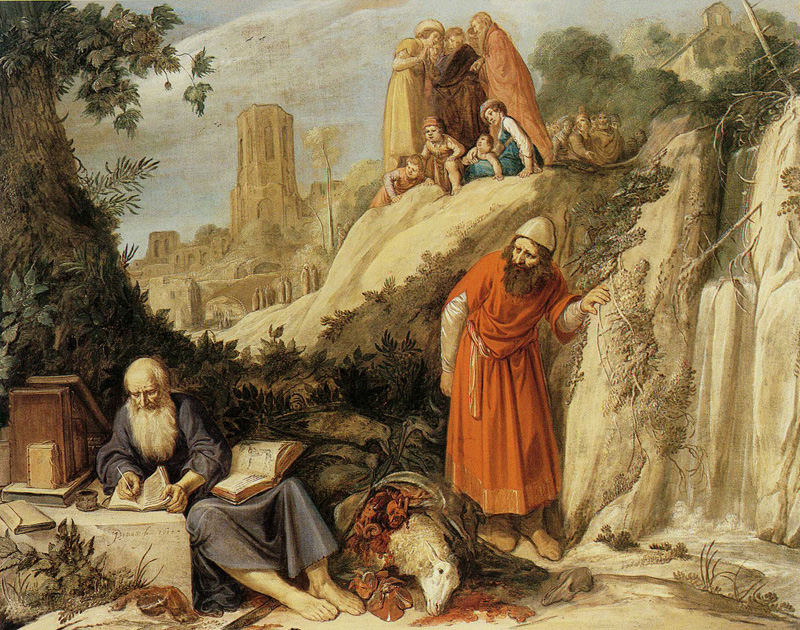 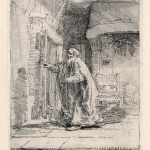 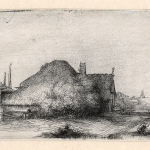 Rembrandt’s Amsterdam: An obelisk in Amsterdam