In 1679 this etching was still known as ‘The Practising Alchemist’; the title ‘Faust’ dates from the eighteenth century. Some authors believe that the etching is not of Faust, but is an illustration of I Corinthians 13:12, where St Paul speaks of seeing ‘through a glass, darkly’.

The letters INRI seen in the ball of light stand for Iesus Nazarenus Rex Iudaeorum (Jesus of Nazareth, king of the Jews): it is the text that Pilate had nailed to the Cross. The other letters form an anagram, the text of a prayer in reverse.

The letters INRI and the anagram occur in exactly the same way on a seventeenth-century amulet. The composition appears to be based on two iconographical traditions: the scholar in an interior and the saint or evangelist surprised by a vision. 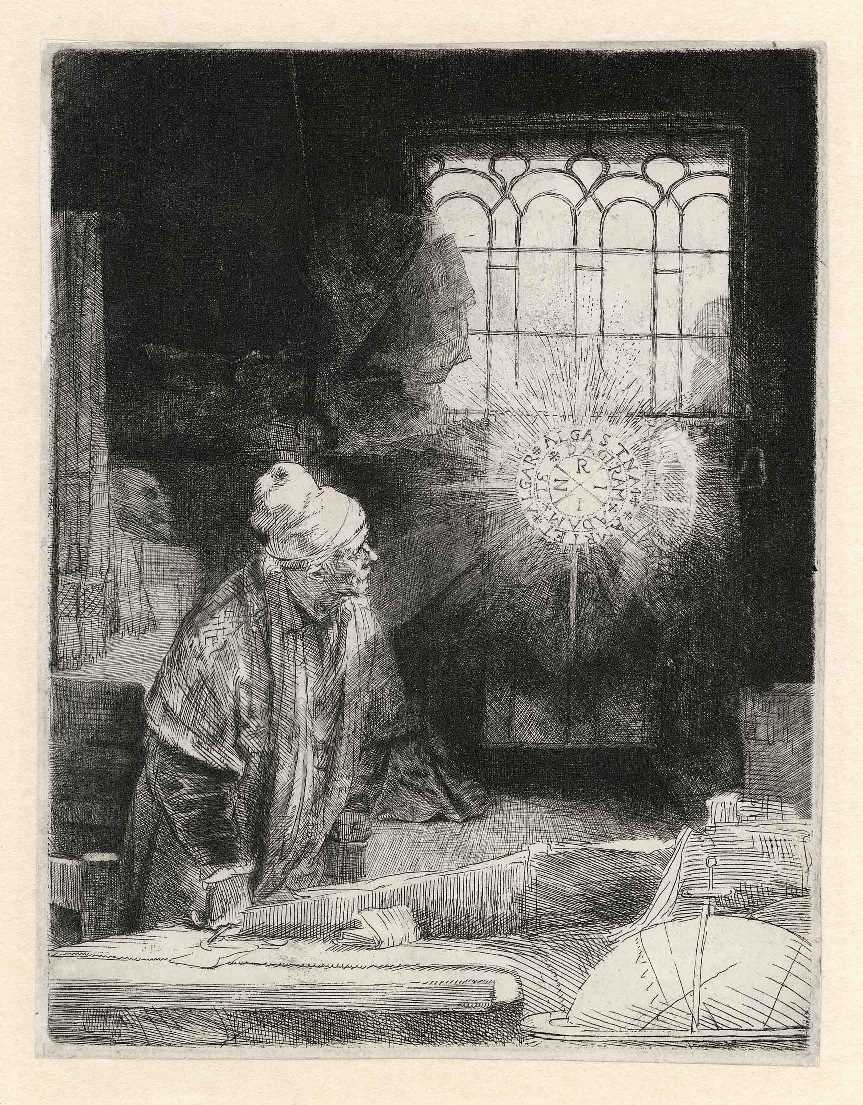 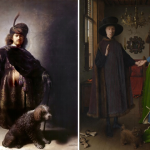