This morning we showed you a detail from an artwork on our social media pages. Did you recognize it? It’s Rembrandt’s drawing of the Montelbaanstoren from c. 1644-45. 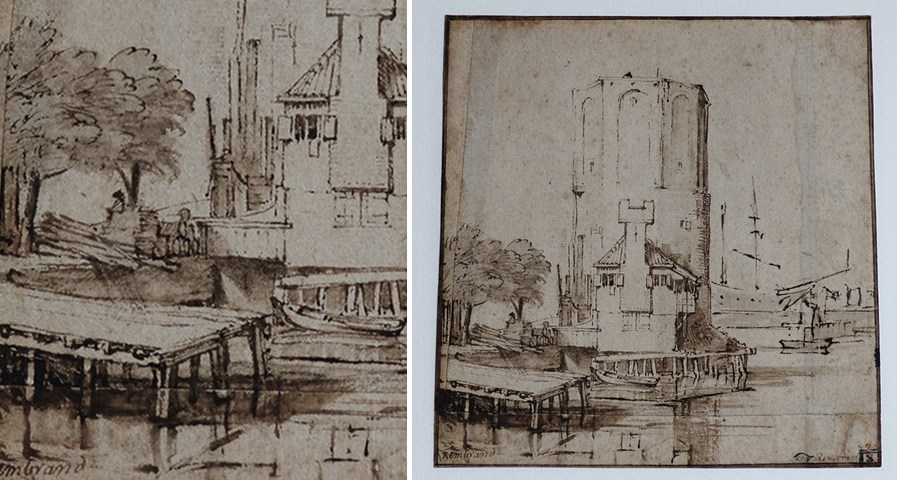 This Amsterdam landmark was built in 1516 as a defense tower, but in the seventeenth century it was used as a warehouse. In 1606 the ornamental steeple in Renaissance style was added, after a design by architect Hendrick de Keyser. In 1606 the tower showed signs of sinking and the foundations were reinforced. A funny thing happened after that: the clocks started to ring at irregular times. Because of this the tower received its nickname ‘Malle Jaap’ (‘Silly Jake’).

At one time during the seventeenth century there was a bridge close to Rembrandt’s house. Standing on that bridge, Rembrandt made this drawing of the Montelbaanstoren. In the drawing we can see the harbor master’s house, standing on piles, in front of the tower. Rembrandt omitted the ornamental spire in his drawing. Perhaps he thought the sturdy shape of the old tower was more beautiful. This drawing is part of the collection of The Rembrandt House Museum. 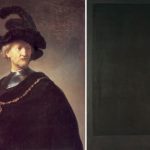