On the third of June this year Willemijn Fock, Emeritus Professor of the History of Applied Arts at Leiden University, passed away at the age of 78. In the late 1990s she was engaged by The Rembrandt House Museum as advisor on the reinstallation of the interior according to the situation in Rembrandt’s time. 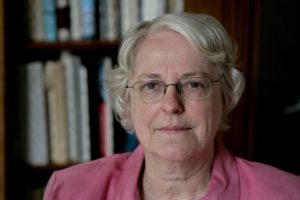 Under Willemijn Fock’s leadership the Applied Arts section in Leiden achieved international recognition. Willemijn Fock was inspiring through the depth of her knowledge and her drive to research and map out the history of the Applied Arts in The Netherlands. These qualities led, among other things, to an imposing six-volume publication on the history of residency on the Rapenburg Canal in Leiden. The investigation of properties on Rapenburg on the basis of inventories, construction plans and other source material yielded groundbreaking new insights. How did the original residents live in the houses and with what objects did they surround themselves?

This large-scale research project was of great significance for the subsequent approach to reconstruction of historic interiors. For this reason, Willemijn Fock’s expertise was brought to bear on questions arising from the reinstallation of the Rembrandt House in the late 1990s. Together with among others the architect and architectural historian Henk Zandkuijl, she formed part of the team that was charged with bringing the interior of the former house of Rembrandt back to life. Additionally she guided the research that the undersigned, Titia Vellenga, undertook on Rembrandt’s art cabinet. But also in more recent years the museum drew on her advice in the area of mid-seventeenth-century domestic interior arrangements in Amsterdam.

Willemijn Fock hereby made a decisive contribution to the reinstallation – based on scholarly research – of the building and the historical atmosphere that the Rembrandt House breathes. Since 2014 Professor Reinier Baarsen and Assistant Professor Alexander Dencher have assumed the tasks that she had laid down in 2007 with her retirement. They perform these roles alongside their duties as Curators at the Rijksmuseum. As a museum institution with a historical interior the Rembrandt House Museum also recognizes the importance of maintaining and expanding knowledge of the applied arts. The museum furthermore aspires – where possible and in memory of Willemijn Fock – to making a contribution to this field in the present and the future. 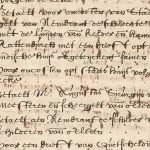 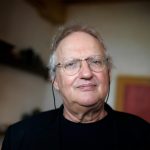