Before Rembrandt even started painting, the slightly younger Jan Lievens had already made a name for himself in Leiden as child prodigy. He started under Leiden history painter Joris van Schooten, and completed his training with the celebrated Amsterdam history painter Pieter Lastman at the tender age of twelve. Lievens had already been working for several years before the first known contact with Rembrandt, around 1624. There was evidently a spark of mutual interest and inspiration between the two young men. Shortly thereafter, Rembrandt also proceeded to Lastman to complete his studies, undoubtedly prompted by his new friend. Lievens however began to follow the work of Peter Paul Rubens, and Utrecht followers of Caravaggio. Rembrandt returned and was soon taking over elements of these trends from Lievens.

For several years, from 1628 to 1631, the two artists engaged in an enormously productive and inspiring competitive exchange, perhaps even in a shared studio. They were visited and compared in 1628 by Constantijn Huygens, who noted Lievens’s self-assurance and his abilities as a portraitist and painter of large-scale figures. All are evident in this dashing portrait, painted around the time the two artists parted ways to seek greater fortunes, Rembrandt in Amsterdam and Lievens in London. The portrait is currently on view in the exhibition Rembrandt’s Social Network. When Lievens returned to Amsterdam in 1644 he resumed his friendship with Rembrandt, although not nearly as closely as during their years in Leiden. 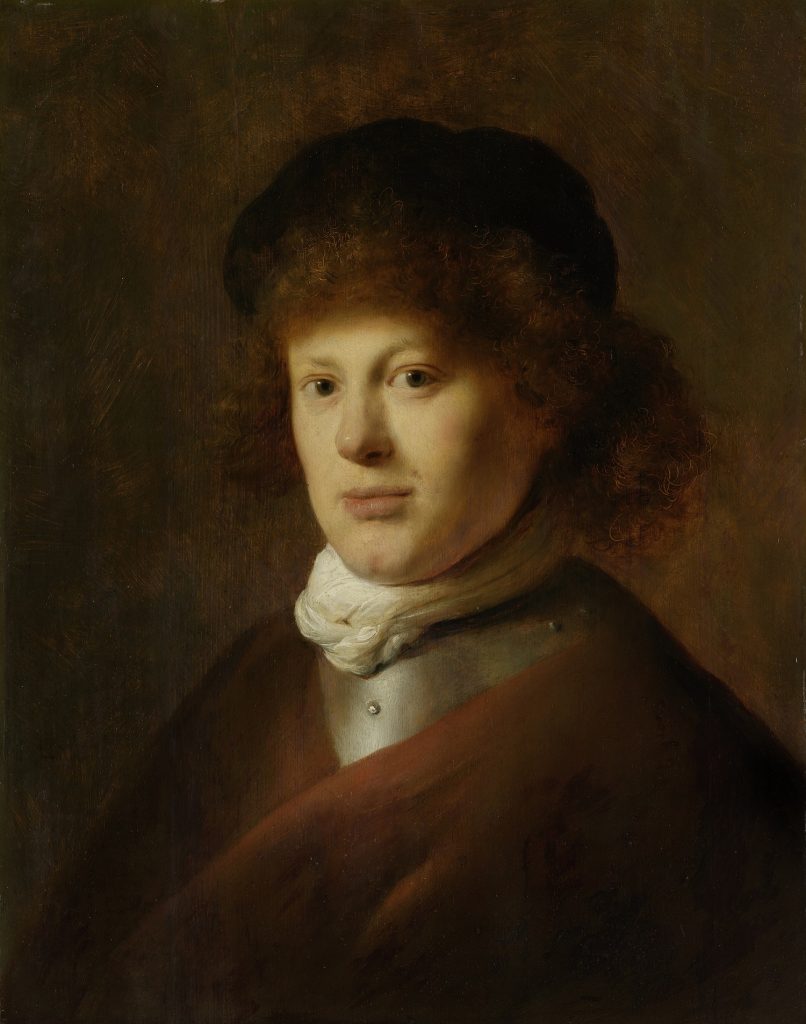