In the seventeenth century our social network consisted of friends, a concept used more broadly then than the way we interpret it now. Someone we call a business connection would have been described as a friend in the seventeenth century. Family members were also referred to as friends—‘blood friends’. For most people, the family was the most important group in their social network.

In our exhibition Rembrandt’s Social Network you can meet Rembrandt’s friends, colleagues and family members. An interesting figure in Rembrandt’s life was Karel van der Pluym, who fitted in all of the categories above – he was Rembrandt’s cousin, but also an artist.

Karel van der Pluym was one of the few members of Rembrandt’s own family who played a role in his later artistic career. He was a second cousin to the artist, the son of Cornelia Cornelisdr van Zuytbrouck, his cousin on his mother’s side. A generation younger, he went to Amsterdam around 1646 to study under his now-famous relative. His artistic oeuvre is anchored by small-figured biblical compositions and moralizing single figured depictions, based on the style Rembrandt adopted in the 1640s.

His works have lively rhythms, often with choppy contours, and are built up in translucent layers. He did not develop a firm and decisive hand, and did not follow the Rembrandt’s later development of greater concentration and bold impasto strokes. He probably did not produce that much work in the end, as he was wealthy and pursued a modest political career instead, and he stopped paying dues to the painter’s guild already in 1650. Remarkable however is his renewed contact with Rembrandt in the 1660s, by way of Titus, whom he remembered in a testament, and who was visiting him in his Leiden home in 1668 when overcome by a sudden, fatal illness. 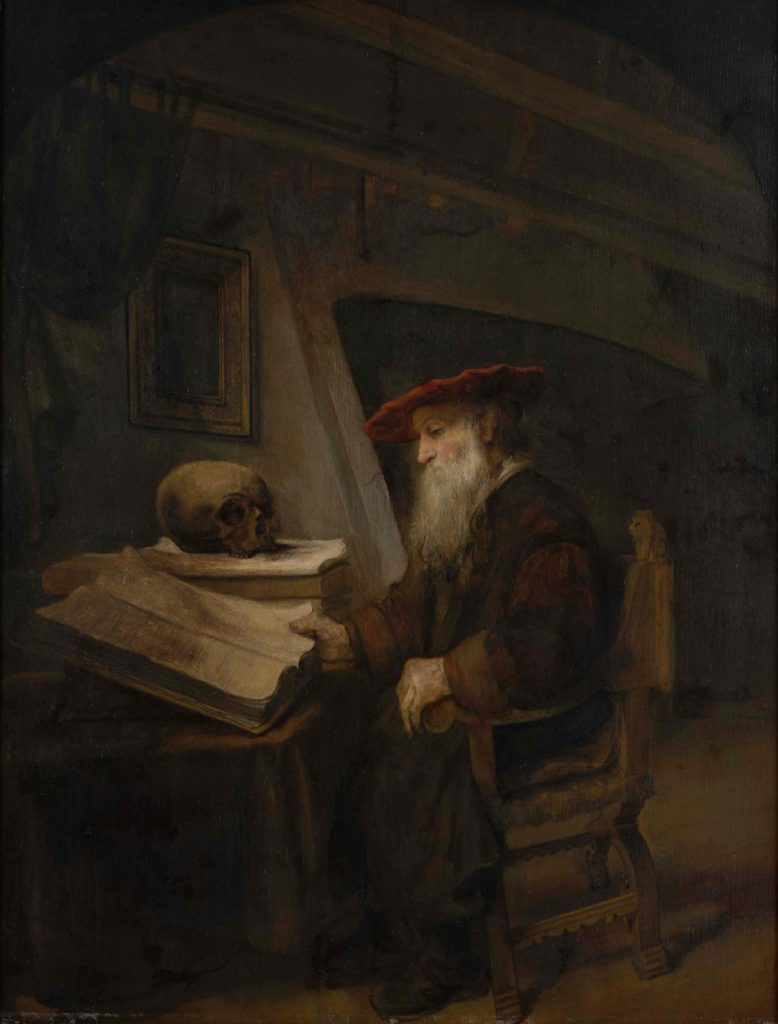