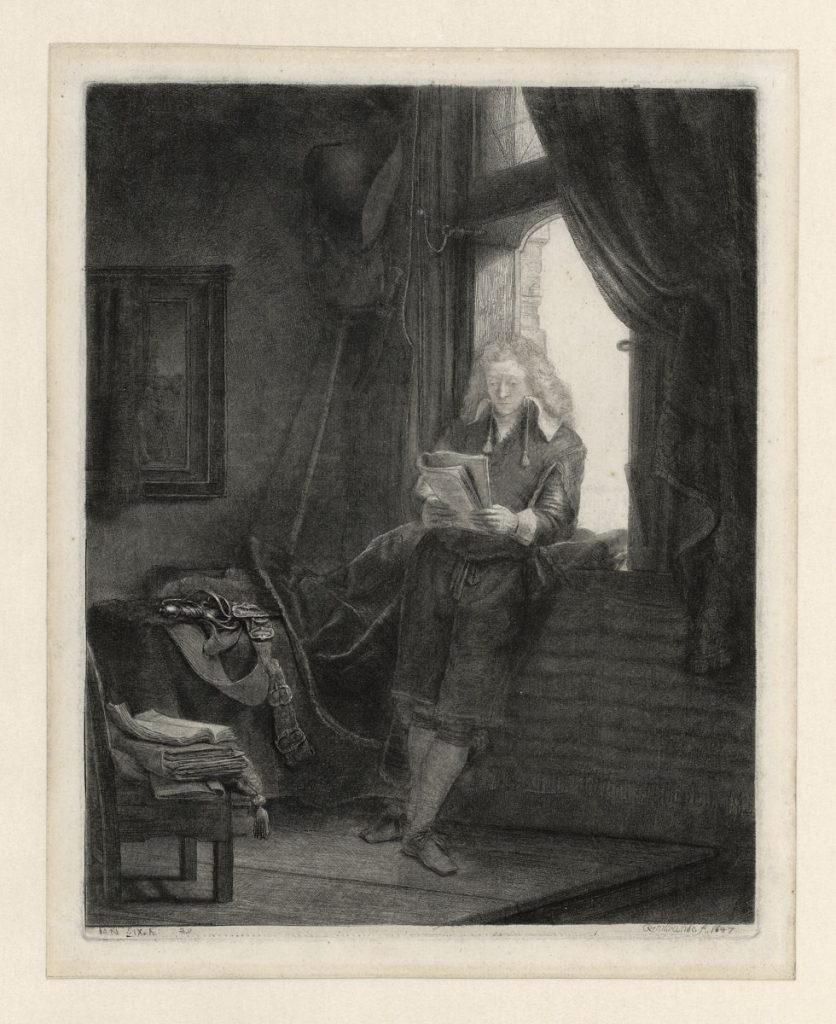 Of the many portraits that Rembrandt painted, etched and drew, those of Jan Six (1618-1700) are among the best known. The portrait of Six painted in 1654 still belongs to the Six family. In 1647 Rembrandt made the portrait etching shown here. It is one of the few etchings for which Rembrandt made several preliminary drawings. Six leans casually by the window, reading a manuscript. As a contemporary ode to this portrait reveals, Six is depicted in his ‘book room’.

Jan Six’s family was active in trade and owned a silk dyeing works. He himself worked in the family business until the early 1650s. However, Six also devoted himself to the arts. He wrote poems and collected art. In the print he presents himself as an art-lover. Some years after this portrait was made, Jan Six married Margaretha Tulp. She was the daughter of Nicolaes Tulp, the protagonist of Rembrandt’s earliest Anatomy Lesson. In part as a result of his marriage, Jan Six rose up the social ladder. In 1691 he became burgomaster of Amsterdam.